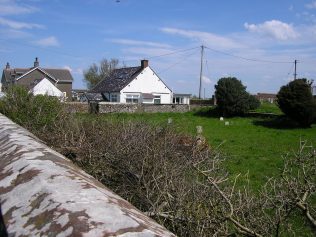 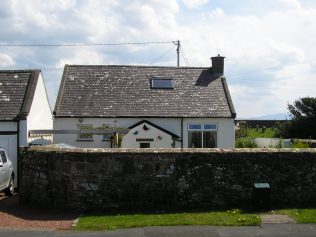 Beckfoot is on the coast about three miles south of Silloth. There was preaching place here from 1882 to 1884 and from 1887 to 1944. The seating accommodation rose from 40 in 1882 to 50 in 1893 and 70 in 1897. In 1948 the former Friends Meeting House was acquired. It had been erected by the Quakers in 1745 as a replacement for a building thought to have been built in the late seventeenth century. They ceased to use it in 1940. A plot of land to the south of the building was used as a Quaker burial ground which was extended to the east in the nineteenth century. Headstones may still be seen in both sections. Methodist services ceased on 17 November 1965 but the chapel was not formally closed until 5 June 1967. It is now in residential use. A fascinating site.

Interpretation board in the burial ground